Pursuant to the provisions of the Customs Act and relevant Regulation’s persons failing to declare any or all purchases made outside of the country or deliberately undervaluing any or all property purchased outside of the country, once detected will bring you into conflict with officers of the Canadian Border Services Agency (CBSA). This applies to any Canadian port of entry by air, land or sea.

Initially enforcement officers can seize the property and also the vehicle used to transport the property in question and determine what monetary value the property has and what additional duties are payable to recover the property seized.

Appealing these valuations will add additional costs and bring you into conflict with CBSA Adjudicators for Ministerial Decisions and if not satisfied your remedy is a further appeal to the Federal Courts.

At the same time that you are appealing your civil remedies you will face prosecution in the criminal Courts for charges laid under the Customs Act by CBSA enforcement officers. Depending on the valuations of the property seized this could result in substantial monetary penalties and/or imprisonment as well.

If you bring more than $10,000 CND(or the equivalent in another currency) into Canada, you must declare the amount when you arrive. You must fill in the governmenst CROSS-BORDER CURRENCY OR MONETARY INSTRUMENTS REPORT.

You can bring money into Canada in different forms:

If you do not declare it, you may need to pay a fine or face other penalties. You are not taxed on the money you bring with you when you land.

It is a good idea to speak with your financial institution before you come to Canada about our currency laws and regulations in Canada. It is advised that you also investigate the rules of exporting funds from the country you are leaving. There may be restrictions on the amount of money you can take out of the country. You need to satisfy the laws of both countries to prevent violations.

If you are coming from a country that has currency restrictions, you may have up to 3 years to import goods purchased with this money in your former country. However, you must show CBSA proof that you faced restrictions.

The CBSA administers more than 90 acts, regulations and international agreements on behalf of other federal departments and agencies, the provinces and the territories.

The Canada Border Services Agency (CBSA) operates at some 1,200 service points across Canada and 39 locations abroad. It employs approximately 13,000 public servants who handle over 12 million commercial releases and more than 95 million travelers each year. 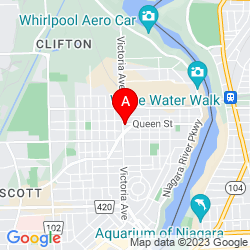